Nothing New about Lack of Effectiveness of Influenza Vaccination in Babies 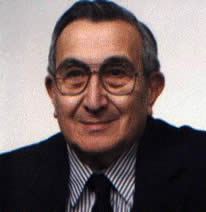 Dr. Yazbak, a pediatrician, now devotes his time to the research of autoimmune regressive autism and vaccine injury.

A friend sent a copy of my recent “Influenza Vaccination of Infants: A Useless Risk” (1) to a pediatrician with whom he had been sparring for a while about the need to administer mercury-containing vaccines to babies. By return email, he received a copy of a study just published in the October issue of Pediatrics, which he forwarded to me.

The message from the well-meaning pediatrician, who is convinced of the need for influenza vaccination of infants, with or without mercury on-board, was clear: This important peer-reviewed article in a first-class pediatric journal carries more weight than anything published on www.redflagsdaily.com.

That is obviously not true. My articles are always well-researched, fully documented, carefully edited before submission and then “peer-reviewed” by the site’s exceptional editor and Red Flags’ informed readers. Because I am pro-reasonable and careful vaccination, my reviews would never be accepted in “medical journals,” not because of their quality but because of their content.

The title of the recent article in Pediatrics (2) — “Effectiveness of the 2003-2004 Influenza Vaccine among Children 6 Months to 8 Years of Age, with 1 vs 2 Doses” — could easily be voted Most Creative Title of the year. With a few words, it turned two negatives into a positive message because, in fact, the 2003-2004 Influenza vaccine was almost totally off the mark, and the CDC and the authors themselves found one dose of influenza vaccine inadequate.

Both the Clinical Research Unit and the Department of Preventive Medicine at Kaiser Permanente have had a long and close relationship with the NIP.

In a footnote, the authors declared that some of the data had been presented at the June 23, 2004 meeting of the Advisory Committee on Immunization Practices (ACIP) of the CDC and that they had no conflict of interest.

In the most recent study, the authors included 29,726 children of whom 17.3 percent (5,143) were 6 to 23 months old. Figures in the thousands or millions in medical writings always raise a red flag with me: Why the razzle-dazzle? Is it just a smokescreen?

As I read the paper, I realized that all the comments and findings related to the vaccination of infants were identical to those of a study from Colorado reported in the CDC’s “Mortality and Morbidity Weekly Report” of Aug. 13, 2004 [53(31); 707-719] — research I was well aware of. (3) The release of the earlier study results in MMWR was perfectly timed between the recommendation to vaccinate 6- to 23-month-old children and the beginning of the flu season.

The 2004-2005 flu season was the subject of many articles on Red Flags (4, 5, 6, 7) and was, by far, the most publicized and interesting to watch after its opening salvo with the Chiron debacle.

The 2004 MMWR study was also authored by Ritzwoller, Shetterly, Yamasaki, France, Bridges and others.…

It essentially revealed that:

The study was never published in a peer-reviewed journal.

In her November 2004 article “How effective is the flu vaccine,” (8) Maryann Napoli criticized the Ritzwoller findings: “But the key question is: 49% and 25% of what? Dr. Ritzwoller was not able to provide the answer. Here’s why the question is important: If few children in this study got the flu, then these reductions are less than meets the eye. For example, if 10,000 kids belong to a health plan and only four of the unvaccinated kids and three of the vaccinated kids got an influenza-like illness, that’s 25% fewer cases.”

Napoli also questioned why the children were not randomly assigned to a vaccine and placebo group and reported that “When asked whether the flu vaccine caused any adverse reactions, Dr. Ritzwoller said there were none, but acknowledged some gaps in her study. ‘Hospital admissions were not tracked, and the parents were not interviewed,’ she explained, attributing this to inadequate CDC funding.”

This last statement by the lead author now creates two real problems for the CDC:

1. If “hospital admissions were not tracked,” then how can the ACIP claim that vaccination of children 6 to 23 months will decrease hospitalization rates?
2. If the CDC funded the study reported in MMWR last year, it certainly — at least in part — funded the recent study just published in Pediatrics.

This latter was not acknowledged and raises at least one question: How can a study by scientists employed by a vaccine-promoting agency and others who are funded by that same agency be published with a footnote stating “No conflict of interest declared”?

The article’s conclusion was as creative as the title — “Influenza vaccine was shown to prevent medically attended ILI among children six to 23 months of age, as well as older children, even with a suboptimal match” — and challenged both logic and definition.

From the point of scientific logic: As much as the authors (and the CDC) believe that the mismatched 2003-2004 influenza vaccine should, would or could have affected clinical illness in the community, it is unlikely that intelligent readership would accept that it actually did.

From the point of simple definition:

The rest of the article reveals the following:

Looking at the pediatric population of the Colorado HMO, of the 5,143 children aged 6 to 21 months, only 750 (14.6 percent) at most received two doses of vaccine. Of those, only 11.2 percent or 84 children could have possibly acquired vaccine-induced immunity — if indeed the vaccine is effective as the CDC claims and many others deny. (1)

A new, simpler and cheaper study should now be done that could help us all.

Ritzwoller should get her favorite computer programmer to identify the 750 records of infants under the age of 23 months enrolled in the HMO who received two doses of flu vaccine. She should then exclude infants with pre-existing or chronic conditions and compare the rest of the group with a matched sample of unvaccinated infants.

Now those results will be worth publishing on www.redflagsdaily.com.

Safety of influenza vaccines in children

In a letter to the editor of The Lancet on Sept. 3, 2005, T. Jefferson, S. Smith, V. Demichelli, A. Hamden and A. Rivetti expressed their concerns and frustration at the fact that, though they tried, they were unable to get reliable information regarding the safety of influenza vaccines on the market.

This team has written and published several comprehensive publications on vaccination practices. My most recent article on influenza vaccination of infants 6 to 23 months (1) was mostly based on their impressive review of the efficacy and effectiveness of influenza vaccines in children, a review that included every study they could find in any language.

In the letter to The Lancet, Jefferson and associates expressed deep concern that safety studies were not done, the studies were too old and too small, or the vaccine manufacturer simply refused to allow the team to review the data from the vaccine trials.

The frustrated authors ended their letter stating, “We believe all unpublished trial safety data should be readily accessible to both the regulatory bodies and the scientific community on request. Our evidence gives rise to a concern that lack of access to unreported data prevents published data being put into context and hinders full and independent review. This cannot be good for public confidence in these vaccines.”

According to both the FDA and the CDC, “The fact that an adverse event occurred following immunization is not conclusive evidence that the event was caused by a vaccine.”

A VAERS (Vaccine Adverse Events Reporting System) search performed on Oct. 10, 2005 yielded three reports in the past two years of children younger than 23 months of age who died shortly after receiving a dose of influenza vaccine. No other vaccines were administered at the same time and all three children had underlying diseases.

Procter and Gamble and the Simple Solution

On July 16, 2005, Luby, Agboatwalla, Feikin et al published in The Lancet a simple and convincing randomized controlled study, which showed that hand washing with soap can prevent diarrhea and lower respiratory infections, the two clinical syndromes responsible for the largest number of childhood deaths globally. Four of the investigators, including the lead author, are CDC employees. (10)

Neighborhoods in adjoining squatter settlements in Karachi, Pakistan, were randomly assigned. Three hundred households in 25 neighborhoods were assigned to use plain soap and an equal number of households were assigned to use antibacterial soap with triclocarban. Three hundred and six households in 11 different neighborhoods were randomized as controls. Weekly home visits by trained workers were used to encourage hand washing in the “treated” group and to carefully record illnesses in all groups.

There was a 50 percent lower incidence of pneumonia among children younger than five in households that received plain soap and hand-washing promotion than among controls. Pneumonia was defined according to the World Health Organization clinical case definition. Analysis was by intention to treat.

In addition, children under the age of 15 in the plain-soap group had a 53 percent lower incidence of diarrhea and a 34 percent decreased incidence of impetigo than matched controls.

Incidence of disease was about the same between the soap groups.

Advantages of the plain bar of soap

The contents of this website are for informational purposes … END_OF_DOCUMENT_TOKEN_TO_BE_REPLACED

by Connie Fogal July 1, 2021 I am taking the liberty … END_OF_DOCUMENT_TOKEN_TO_BE_REPLACED

In 2013, I contracted the H1N1 strain of flu.  I was deathly … END_OF_DOCUMENT_TOKEN_TO_BE_REPLACED

Thanks to Renate Lindeman for letting us share her … END_OF_DOCUMENT_TOKEN_TO_BE_REPLACED