Thank you for taking the time to read my story.

In 2014 I was a healthy 27 year old female working in healthcare. I moved from a small town in Nova Scotia to Edmonton and for all intents purposes was enjoying life. That year I was planning a vacation to South Africa and Rwanda for both volunteer work as well as a trek into the Rwandan rain forest to see the mountain gorillas. In order to gain entry into Rwanda I was required to have a yellow fever vaccine and decided that my best choice was to go to a Travel Health Services clinic and booked the appointment.

While at the appointment the nurse recommended I also get an MMR booster, Hep A/Typhoid, Rabies and flu vaccine. I immediately said no and wasn’t interested but my refusal was met with harsh judgement and she kept pushing them. I told her I already had an MMR vaccine to which she said they changed the rules and now recommend multiple shots of it? I said no. So then began pushing the Hep A/Typhoid vaccine indicating with the locations I am travelling I really should have a Hep A shot and that if I get it and come back in 6 months for another I would be protected for life. With the amount of travel I do to peripheral countries I figured sure fine. At this point I agreed to the yellow fever and Hep A/Typhoid. Again she pushed the MMR booster. I reluctantly said fine, I’ll get that as well,  but that was it.  Knowing I would be working with wild animals she continued to push the rabies vaccine and said everyone should have a flu shot. I refused both and at this point was getting noticeably annoyed with her and she backed off. I got the three shots and she alternated arms indicating if I had a reaction they would have a better idea which vaccine resulted in it.

So during my visit to the clinic I received 3 shots totally 4 vaccines- Yellow Fever, Hep  A/Typhoid, & an MMR booster. Within a day my left arm was sore and swollen but I didn’t’ think much of it. After two weeks my left arm was very noticeably red, swollen and very itchy. I asked a doctor about it who told me the vaccine is clearly reacting poorly and recommended I put ice on it to slow down the infection. The infection did eventually clear up and I was on my way to South Africa.

Within 3 days of being in South Africa I began to have excruciating pain in my back. The pain was so intense it had a crippling effect. Keeping in mind while in South Africa I was in ‘the bush’ and no hospitals where readily available. During that time I was also profoundly lethargic and slept roughly 13-14 hours a day because I simply couldn’t move or gain any energy. On the 3rd night I was about to call for a ranger so that I could be driven into Johannesburg to see a doctor; however I passed out due to the pain.  The next morning when I woke up the pain was gone but I was left with paresthesia in my legs from the knees down. I thought “That’s weird my legs are straight so they shouldn’t be asleep” and I remember vividly thinking something is wrong but decided to shake my head and go about my day since I was finally pain free. Within a week that paresthesia was up to my hips; my legs were tingling nonstop for 7 days and it now began to affect how I walk. I went to Johannesburg and was admitted to the hospital. Unfortunately they couldn’t give me any answers and after a night of being on IV fluids I was sent home with medication; legs still tingling and going numb. 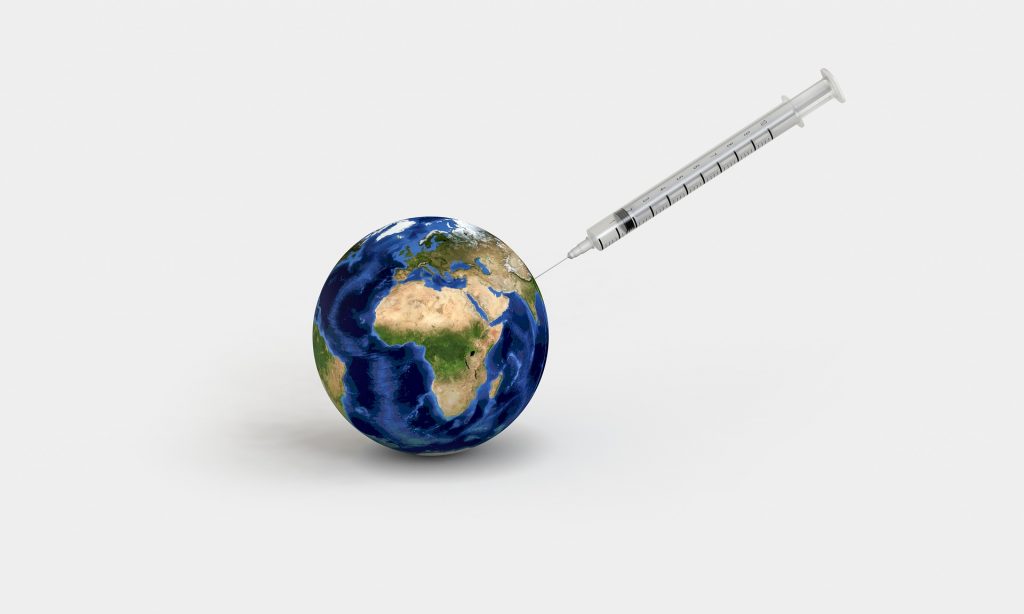 Against the advice of my doctor in Canada I flew to Rwanda that day. In the jungle my left leg was so weak I had to use my arms to lift it up over the smallest of rocks. I am happy to say I made it in and out of the jungle. Within 3 days I made my way back to Kigali  and refused to sleep for fear I wouldn’t wake up. At this point the numbness was up to my breastline with no relief in sight. The 32 hour journey home was horrendously painful for me. When I arrived home in Canada my left leg was totally paralyzed and I still couldn’t feel my body from the breastline down. After multiple tests an MRI indicated I had 14mm of Myelin stripped off my spinal cord and the first question asked to me was “Have you been vaccinated recently”?

Confirmed by 3 Neurologists in two provinces I had Transverse Myelitis due to a vaccine. Although I responded quickly to treatment and regained movement in my leg I went roughly 6 months with half my body numb, I was on pain medication for 2 years and nearly 5 years later I am still on medications for my bladder. Along with the 14mm lesion on my spinal cord I also suffered 8 brain lesions and recently have been diagnosed with MS.

All three neurologists who seen me were in agreement it was caused from the vaccinations. When I contacted the Travel Health Services clinic where I received the vaccines from to ask which arm the vaccines were administered too knowing it was my left arm that reacted poorly they refused to tell me and they refused to take any information regarding the Transverse Myelitis diagnosis I just received. It was never documented despite the multiple times I phoned.

Whenever I tell my story I am belittled and told I must have had something wrong with me prior and that it couldn’t have been that bad. Up until 27 years old I never would have imagined I wouldn’t be able to walk due to a vaccine. I would just like to say until you’ve walked in someone’s shoes and see firsthand the injuries that can result from a vaccine you shouldn’t be so quick to judge.

The contents of this website are for informational purposes … END_OF_DOCUMENT_TOKEN_TO_BE_REPLACED

In 2013, I contracted the H1N1 strain of flu.  I was deathly … END_OF_DOCUMENT_TOKEN_TO_BE_REPLACED

By Shanna Mi    November 2019 It was a glorious late … END_OF_DOCUMENT_TOKEN_TO_BE_REPLACED

July 2002 Today is my daughter's sweet 16th birthday but … END_OF_DOCUMENT_TOKEN_TO_BE_REPLACED

Send this press release to your local newspaper, elected … END_OF_DOCUMENT_TOKEN_TO_BE_REPLACED