You are here: Home / In the News / Vaxxed II The People’s Truth

Join us at Queen’s Park for a rally and demonstration put on by Vaxxed Canada – Guest speaker list and ticket link for gala to follow shortly!

In THE PEOPLE’S TRUTH, Polly and the team travel over 50,000 miles in the USA and around the world for answers.Interviews of parents and doctors with nothing to gain and everything to lose expose the vaccine injury epidemic and asked the question on every parent’s mind. “Are vaccines really as safe and effective as we’ve been told?’

Special thanks to Amanda Forbes and all of the volunteers who made screenings happen across this great country.

Vaccine Choice Canada asked Amanda Forbes about her experience organizing showings of the newly released Vaxxed ll documentary in theaters across Canada. The film focuses on the plight, heartbreak and pain of vaccine injury victims and their families.  The film also offers additional important insight by talking to families whose older fully vaccinated children developed myriad health issues while their younger unvaccinated children were strong, healthy and rarely sick.  These families are their own “control group”, showing the world that unvaccinated children really are the healthiest because their immune systems have not been damaged aluminum containing vaccines and the myriad additiional complex chemicals and biologicals they are loaded with.

“My journey with this movie started in 2016, when I became a peeps tv host. Watching people wake up from the lies they had been told, one interview at a time. However, Canada wasn’t ready then. When this movie came out, I was over the moon and knew it was something special. This was going to be the tool that would awaken so many more people, and I’m glad I was right.

We ran into problems right from the get go however, which weren’t expecting. Delays with getting the film to the Country, which pushed our release date into the New Year and only gave us a 7 week window to work with. So I went to work interviewing possible hosts, and making sure this movie got seen in as many locations in this Country as I could. All of these wonderful people made it happen!  I couldn’t have asked for a better group of people to host. So thank you to each and every one of you. From the bottom of my heart.

We ran into many censorship issues, many uneducated and hate filled messages, which resulted in searching out plan B, C and D the day before a scheduled showing. As well, the many corruption issues, that I was expecting but never thought I would see from the “front row”.  Especially from people in power. Call it naivety, I just prefer to think the best of most people.

I guess you could call all of these instances a blessing in disguise, because as myself and my team dealt with these issues, certain factions of the public became furious and some of those who wouldn’t have cared to see the movie, grew more intrigued and bought tickets anyway. It always ended with a WIN for us.

As we wrap up the screenings and get a much needed short break, we are also ramping up for the next event that we are going out full tilt on. This will be the biggest event Canada has ever seen, and the Worldwide support we have received already should have everyone excited.

Keep May 15 in your calendars and plan to be on Toronto this year. More details will follow as they are solidified. Vaxxed Canada is excited to see you all there.

I’d also like to send a heart felt thank you to Denise Cooke for all your help, as well as the Other Vaxxed Canada members, Amanda Moses, Andrew Mader, and Shannon Mosher. You guys have kept me sane and have been instrumental in how this has successfully developed.  Thank you, and thank you to ALL of you, who came out and supported this film from the beginning.

You are ALL warriors in my mind. 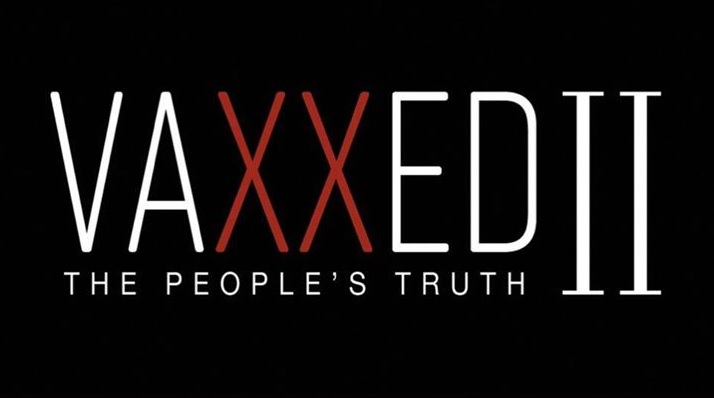 The contents of this website are for informational purposes … END_OF_DOCUMENT_TOKEN_TO_BE_REPLACED

by Connie Fogal July 1, 2021 I am taking the liberty … END_OF_DOCUMENT_TOKEN_TO_BE_REPLACED

In 2013, I contracted the H1N1 strain of flu.  I was deathly … END_OF_DOCUMENT_TOKEN_TO_BE_REPLACED

By Shanna Mi    November 2019 It was a glorious late … END_OF_DOCUMENT_TOKEN_TO_BE_REPLACED

by Connie Fogal July 1, 2021 I am taking the liberty … END_OF_DOCUMENT_TOKEN_TO_BE_REPLACED