You are here: Home / In the News / Stop the Hysteria Over Measles Outbreaks – Another Perspective

Neil Rau and Richard Schabas are to be commended for their Opinion disseminated in the Globe and Mail on October 3, 2018 entitled – Stop the Hysteria Over Measles Outbreaks. (https://www.theglobeandmail.com/opinion/article-stop-the-hysteria-over-measles-outbreaks)

Rau and Schabas are correct in stating – “The borderline hysteria, fuelled by the media and public health, that greets a few cases is unwarranted.” Where Rau and Schabas lose my trust and respect is when they state: “Anti-vaxxers are infuriating because they freeload on the population herd immunity.” and “we regard anti-vaxxers with the contempt they deserve”.

Rau and Schabas seem to have no understanding of the individuals and families that they inaccurately and disrespectfully label as “anti-vaxxers”. And they fail to recognize that the use of the term “anti-vaxxer” undermines their own credibility and integrity and increases distrust in their professionalism.

Most so called “anti-vaxxers” are actually “ex-vaxxers”. They are parents who dutifully and naively vaccinated their children, based on the recommendations of individuals like Rau and Schabas, only to discover that vaccines can and do cause significant injury and even death. I am one of those ex-vaccinating parents. My son passed away from vaccine related injury in 2017.

A more accurate descriptor of these individuals would be “anti-vaccine injury”, “vaccine risk aware” or “pro informed consent”. But each of these labels would acknowledge that vaccines can cause significant and permanent injury. Rather than acknowledge vaccine injury, the medical business (and let’s be clear that it is a for profit business) has a policy of vaccine injury denial.

In 1984 the Federal Register, the official journal of the US Federal government that contains government agency rules and public notices, stated the following with regard to the polio vaccine:

“Any possible doubts, whether or not well founded,
about the safety of the vaccine cannot be allowed to exist.”

This policy of denial still exists today, possibly even stronger. Dr. Paul Offit, the director of the Vaccine Education Center at the Children’s Hospital of Philadelphia has argued that negative or critical results from vaccine safety or effectiveness research and the stories of individuals injured by vaccines shouldn’t be made public as this may cause people to become vaccine hesitant.

Dr. Richard Pan, the State Senator from California who marshaled in mandatory vaccines and removed the right to informed consent for Californian parents, recently introduced legislation to criminalize the use of social media to share information critical of vaccines.

What is made clear by the position of vaccine advocates like Drs. Offit and Pan is that the intention of the vaccine program is not to ensure that children are safe and healthy. Rather the intention of policies as these is to increase vaccine compliance, regardless of their negative consequences.

What the medical business fails to understand is that their unwillingness to acknowledge their ‘shadow side’, their persistent and dogmatic disowning and repression of the harm that is being caused by an ever increasing vaccination schedule does not build trust, but rather erodes trust. The systemic denial of vaccine injury increases the feeling of being unsafe because we recognize there is something that the medical business is hiding. And indeed, they are hiding something critically important.

The Failing State of Children’s Health

The undisputed fact is we are experiencing “a failing state of children’s health”.
(Raising Canada, 2018) There is an explosion of allergic/anaphylactic diseases, autoimmune diseases, mental illness, and cancers that now afflict infants and children on a scale never before seen. This is especially evident in the dramatic increase in autism, learning disabilities, ADHD, and seizure disorders.

Prior to 1980 the rate of autism was less than 1 in 10,000. Today, autism affects more than 1 in 68 children (age 5 – 17) in BC, and at the current rate of growth autism is projected to affect 1 in 2 children by 2030. The CDC recently acknowledged that the rate of autism in the United States is now 1 in 36 children, and the rate is increasing at an accelerating rate.

The impact of autism on our education, medical, social support systems and families is catastrophic. Yet our governments, medical professionals, and mainstream media virtually ignore this epidemic and instead focus on a few dozen cases of measles.

“The science now exists – in abundance. Its up to the adults in the room
to read it, understand it, and change those devastating policies as soon as possible
in order to end the autism epidemic.”

~ J. B Handley, How to End the Autism Epidemic

There is compelling evidence that the injection of toxic vaccine ingredients do cause significant and permanent harm, even death, to our fetuses, infants and children. A system that won’t accept criticism and acknowledge its failures will inevitably fail. The vaccine program is not at risk because of a few “anti-vaxxers”. It is at risk because the medical business refuses to admit the truth of vaccine injury.

The Destiny of the Vaccine Program

Instead of honesty and accountability, the medical business has adopted the strategy utilized by the Roman Catholic Church in the face of the allegations of the sexual abuse of children by clergy. The denial and lack of accountability caused the harm to increase rather than decrease. The result was a dramatic and profound loss of trust in the Catholic Church, in addition to the significant number of sexually violated and traumatized children. This same outcome is the unavoidable destiny of the vaccine program.

One of the most unfortunate aspects of denying vaccine injury is the medical business has abandoned its foundation in science and the scientific method. Instead of an evidence-based policy, vaccination has become dogma with all the ritual and fanaticism of a religious cult.

“To serve its interests, the (medical) industry masterfully influences evidence base production, evidence synthesis, understanding of harm issues, cost effectiveness evaluations, clinical practice guidelines and healthcare professional education . . . As a result of these interferences, the benefits of drugs and other products are often exaggerated and their potential harms are downplayed, and clinical guidelines, medical practice, and healthcare expenditure decisions are biased.”

Regaining the Public Trust Will Require Re-evaluation of Vaccine Safety

For the medical industry to regain the public trust in vaccine safety, a number of fundamental changes are required:

The bottom line is that we are failing our children and the current practice of denial and being dismissive of those affected by vaccine injury will cause even more children to be harmed. It is medically irresponsible and morally repugnant to “Stay calm, get your children immunized (vaccinated) and carry on.” 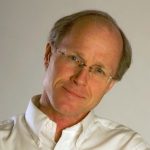 Ted Kuntz is a father, a medical choice activist, author, educator and retired psychotherapist. Kuntz’s journey to examine the claims of the vaccine industry began after his son Joshua was neurologically damaged by the DPT vaccine in 1984. Ted Kuntz is the author of ‘Dare to Question – One Parent to Another’. Kuntz’s son Josh passed away in February 2017 after a life of uncontrolled seizures and diminished capacity due to vaccine induced neurological injury.

Conflict of Interest: I have no conflicts of interest. All proceeds from the sale of Dare to Question are donated to organizations supporting informed consent.

The contents of this website are for informational purposes … END_OF_DOCUMENT_TOKEN_TO_BE_REPLACED

by Connie Fogal July 1, 2021 I am taking the liberty … END_OF_DOCUMENT_TOKEN_TO_BE_REPLACED

In 2013, I contracted the H1N1 strain of flu.  I was deathly … END_OF_DOCUMENT_TOKEN_TO_BE_REPLACED

By Shanna Mi    November 2019 It was a glorious late … END_OF_DOCUMENT_TOKEN_TO_BE_REPLACED