You are here: Home / In the News / Out of the Shadows by Ted Kuntz

What the Vaccine Industry Must Do to Avoid Collapse

“I know that there are some people who are secretly afraid that the public
just can’t handle the truth, and that certain facts about vaccine injury
or worrisome research are best left in the shadows, or made public at the discretion
of an organization like the CDC. They worry that openly acknowledging
all the economic, social and scientific pieces of the vaccine picture
could frighten more people away from vaccination.”

The ‘artificial immune stimulation program’, commonly referred to as vaccination, is experiencing a crisis. The level of crisis could quite reasonably be described as an ‘existential crisis’ as the number of parents who are questioning vaccine safety, effectiveness and necessity is growing at an exponential rate.

In response to this declining trust in vaccines, the medical industry is lobbying governments worldwide to impose vaccine mandates for education, employment, government benefits and even volunteerism. Will this action of imposing vaccinations by force stem the growing crisis, or will these strong-arm tactics accelerate the erosion of confidence in the medical industry? My response to this question is the result of my thirty years as a psychotherapist and as the father of a vaccine-injured child.

It is my contention that the vaccine paradigm is positioned for an imminent collapse. The main reason for the collapse is the growing awareness of the epidemic of neurological, physiological, and immunological injury witnessed post vaccination. Everyday more and more families learn of vaccine injury the hard way – after a vaccine negatively impacts the health of a child, family member, colleague or friend. When vaccine injury occurs, the rhetoric from financially and intellectually conflicted medical professionals, vaccines manufacturers, government agencies and media pundits rings increasingly hollow.

From a psychological perspective the medical industry has failed to deal with its ‘shadow’. For those not familiar with the psychological concept of the ‘shadow’, it is ‘the disowned, unloved, and repressed parts of oneself’. An individual is unable to attain emotional and psychological health unless and until he or she embraces his or her shadow side. According to renowned psychoanalyst Carl Jung, “Everyone carries a shadow and the less it is embodied in the individual’s conscious life, the blacker and denser it is.”

The concept of ‘shadow’ can be applied to the medical industry as well. The medical industry has a policy of disowning, denying and repressing its shadow. In this case its shadow is the significant harm being caused by vaccination. Our children today are both the most vaccinated in history and the most chronically ill. The number of chronically ill children suffering from conditions that were virtually unheard of in children three or more decades ago is threatening to collapse our education, medical, social support systems and families.

Rather than acknowledge the growing epidemic of autism, asthma, seizure disorders, diabetes, ADHD, learning disabilities, life threatening allergies, cancers, gastrointestinal and autoimmune dysfunction, the medical industry continues to chant the mantra of “safe and effective” and “coincidence”. The denial of vaccine injury is not the action of the occasional misinformed government agent, an uninformed media journalist, or an unethical medical practitioner. Rather, vaccine injury denial is a matter of medical policy.

“Notwithstanding manufacturer warnings to the contrary, childhood vaccines
were considered one of our greatest medical accomplishments of the Twentieth
Century. No one wanted to believe there was a darker more sinister side, likely
associated with vaccine ingredients that were contributing to a surge in infant
deaths, neurological disabilities and a growing list of autoimmune illnesses.”

In 1984, the Federal Register, the official journal of the US Federal government that contains government agency rules and public notices, stated the following with regard to the polio vaccine:

“Any possible doubts, whether or not well founded,
about the safety of the vaccine cannot be allowed to exist.”

This blanket policy of denial not only still exists today, it is more firmly entrenched and stronger than ever. Dr. Paul Offit, the director of the Vaccine Education Center at the Children’s Hospital of Philadelphia, has argued that negative or critical results from vaccine safety research and the stories of individuals injured by vaccines shouldn’t be made public as it may cause people to become ‘vaccine hesitant’.

Dr. Richard Pan, the State Senator who marshalled in mandatory vaccination in California and removed personal and religious exemptions, is introducing new legislation to criminalize those who make critical comments about vaccines using social media. What is made clear by the position of vaccine advocates like Drs. Offit and Pan is that the intention of the vaccine program is not to ensure that children are healthy. Rather, the intention of policies such as these is to increase vaccine compliance, in spite of the negative consequences.

What the medical industry fails to understand is that their unwillingness to acknowledge their ‘shadow side’, and their persistent and dogmatic repression of the harm that is being caused by a increasing vaccination schedule does not build trust, but rather erodes trust. The systemic denial of vaccine injury increases the feeling of being unsafe because we know there is something that the medical industry is hiding.

We generally trust the airline and food industries precisely because they acknowledge their mistakes and the harms that may occur. Imagine if the airline industry adopted the dogma of the vaccine industry and insisted that every plane crash was simply a “coincidence”, or claimed that there is not any significant plane crashes and that we are simply better at recognizing them. The trust in the airline industry would evaporate overnight.

Instead of honesty and accountability, the medical industry has adopted the strategy utilized by the Roman Catholic Church in the face of allegations of sexual abuse of children by clergy. Their denial and lack of accountability caused the harm to increase rather than decrease and resulted in a dramatic and profound loss of trust in the Church. A significant number of sexually violated and traumatized children were the legacy of this “cloak of secrecy.” This same outcome is the unavoidable destiny of the medical industry unless it chooses to acknowledge its shadow. 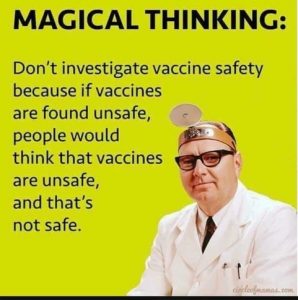 One of the most unfortunate aspects of denying its shadow is that the medical industry has abandoned its foundation in science and the scientific method. Instead of developing an evidence-based policy, vaccination has become dogma with all the ritual and fanaticism of a religious cult.

The absence of real scientific evidence of vaccine safety and effectiveness leads
informed parents to conclude that the vaccination paradigm is ideology rather than
evidence-based medicine and more akin to religion than science.
Parents whose children have been harmed are no longer accepting the vaccine
ideology on faith. Their trust has been broken.

What Will It Take for The Medical Industry to Avoid Collapse?

For the medical industry to avoid total and imminent collapse, a number of fundamental changes are required: 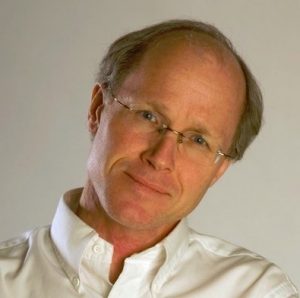 Ted Kuntz is a father, a medical choice activist, author, educator and retired psychotherapist. Kuntz’s journey to examine the claims of the vaccine industry began after his son Joshua was neurologically damaged by the DPT vaccine in 1984. Ted Kuntz is the author of ‘Dare to Question – One Parent to Another’. Kuntz’s son Josh passed away in February 2017 after a life of uncontrolled seizures and diminished capacity due to vaccine induced neurological injury.

A free copy of Dare to Question can be downloaded at www.daretoquestionvaccination.com

The contents of this website are for informational purposes … END_OF_DOCUMENT_TOKEN_TO_BE_REPLACED

by Connie Fogal July 1, 2021 I am taking the liberty … END_OF_DOCUMENT_TOKEN_TO_BE_REPLACED

In 2013, I contracted the H1N1 strain of flu.  I was deathly … END_OF_DOCUMENT_TOKEN_TO_BE_REPLACED

Thanks to Renate Lindeman for letting us share her … END_OF_DOCUMENT_TOKEN_TO_BE_REPLACED